“Our inspirational dream is that every individual, community and service provider has the knowledge and capacity to do death well.”

Bring an open mind and an open heart to a day of conversation about dying and death. Many of us don’t contemplate our deaths let alone prepare for our own or a loved one’s death. By generating conversation and discussion about death we improve our chance of experiencing a healthy bereavement, a natural grieving process, rather than one fraught with regret, fear or guilt. This will be an uplifting and gentle day as we cover a range of topics by industry experts in order to understand the transition from wellness through illness, palliative care, dying, grief and ultimately being informed of the choices that are legally ours to make.

Join us for a day of talks, a delicious lunch, and a gentle dose of humour, as we discover the legal, practical, realistic, emotional and sacred choices we can make about life and death.

Caroline Baum, journalist/ interviewer, broadcaster and author of Only, A Singular Memoir

Includes lunch by Hatrick Catering. Freshly roasted plunger coffee by Toby’s Estate Coffee. A selection of books will be offered for sale by The Constant Reader bookshop, eftpos facilities available.

Barbara Sweeney is a Sydney-based writer and interviewer. While her primary interest is in writing about food, she has always been drawn to stories about life, the way we live it – and death. The experience of organising her mother’s funeral with her siblings was life changing as it precipitated many personal questions previously unasked and unanswered. Barbara’s work appears in major national publications. 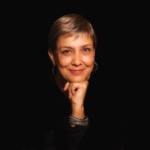 Caroline Baum is a respected  journalist and broadcaster and the author of ONLY: A Singular memoir (Allen &Unwin). Her writing has been published in major national publications as well as in two anthologies: My Mother, My Father: On Losing a Parent  and Rebellious Daughters. In 2015 she was awarded the Hazel Rowley Fellowship for biography. 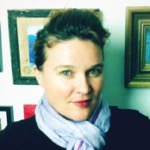 Jackie Dent is a journalist.  She has worked internationally and locally for a range of media outlets and was a spokesperson for the United Nations in Afghanistan, Pakistan, North Ossetia and South Sudan. She has also curated talks for Tedx Sydney and the Ethics Centre. 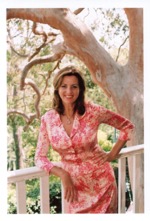 Jean Kittson is a performer and scriptwriter for stage, television, radio, magazines and newspapers. Jean has been a regular columnist with numerous publications and is the author of Tongue Lashing and You’re still Hot To Me. She is a regular guest on ABC 702 radio drive programme, THANK GOD IT’S FRIDAY. Jean is the Patron of Palliative Care Nurses Australia. 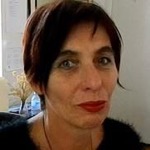 Jenny is the driving force behind Tender Funerals and she brings decades of service in the community development field to her multi-faceted role as Director, General Manager and family liaison contact. She has had extensive training and experience in all aspects of death advocacy, body care, ceremonial and funeral advice. She is a Member of Natural Death Care and Coordinator of Port Kembla Community Centre.

Linda is the Executive Director of Palliative Care NSW, and she has worked as a consultant for Palliative Care Australia, and Carers Australia. Linda has been completely seduced by Palliative Care and has a passion for improving access to quality care for everyone. She often jokes that once you’re in palliative care – you’re in for good! Her current focus is on community capacity building and building compassionate cities around end of life care.

Mary Bryant has worked as a social worker, lecturer and counsellor for thirty years. Mary is currently the Manager of Pastoral Care at a leading Sydney Hospital. In her work she supports people who have been diagnosed with cancer, who are experiencing significant health challenges and who are dying. Mary is passionate about normalising reactions to grief which are too often misdiagnosed as anxiety disorders. She believes the human spirit is capable of extraordinary things when it is supported to be its truest self.

Nikki Gemmell is the best-selling author of thirteen novels, including the international bestseller, The Bride Stripped Bare, and four works of non-fiction.  Her books have been translated in 22 languages. Her new book, After, is a fiercely brave, poignant and powerful memoir which Nikki has written in an attempt to understand the ‘death of choice’ of her mother. 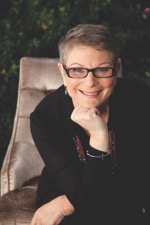 Petrea King is the Founding Director and CEO of the Quest for Life Foundation. She is the author of eight best-selling books including ‘Quest for Life’ and ‘Your Life Matters’ and has recorded a dozen meditation CDs. Petrea provides a practical and spiritual perspective in the challenging arenas of life including facing mortality, grief, loss and trauma. She makes the invisible world accessible and is able to shed light and wisdom on living a meaningful life in the midst of difficult circumstances.

Sarah Macdonald is a broadcaster, writer and presenter.  She presents 'Weekend Nightlife' on 702 ABC Radio and Nationally around Australia.  She also co-hosts 'The Full Catastrophe' at Giant Dwarf, writes for ABC Online and various other publications and conducts training and presenting at UNSW.  Her best selling book 'Holy Cow' An Indian Adventure has been translated into six languages and is in development for a TV Series. 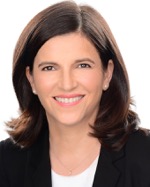 Shayne Higson is spokesperson and stakeholder liaison for Go Gentle Australia and the director of Dying With Dignity (NSW). Although she has always believed in the principle of dying with dignity, it was following the death of her mother in late 2012 from an aggressive brain cancer that Shayne became passionate and vocal about the need for law reform. Shayne was the driving force behind the registration of the first state branch of the Voluntary Euthanasia Party in early 2014 and its State Convenor until July 2016. Shayne is dedicated to providing a voice for the thousands of families and carers who have watched loved ones suffer unnecessarily at the end of their terminal illness.

Zenith Virago, Deathwalker, has spent the past 20 years working with death and dying, she has supported individuals and their family and friends in the preparation & integration of the dying process including giving practical, legal and spiritual care and holding funeral ceremonies. She delves deeply into the sacred mystery that is life, love and death. Zen is the founder of the Natural Death Centre, and co-author of The Intimacy of Death & Dying. She is also the subject of the 2015 Zen and the Art of Dying.