Is it any wonder that as a centre of creativity – with our arts and crafts, writing, cooking and thinking courses – that we’re interested in the creative process itself?

Creative Women: In Conversation is a day of discussion and inspiration for and by creative women. It celebrates women – it coincides with International Women’s Day – and their creative process.

Our guest speakers are women who have chosen to live a creative life. Together we’ll unpack what it means to be creative and how to go about expressing your own ideas, thoughts and emotions in whatever form you want to work in, whether it’s weaving, designing, sculpting or performing.

We’ll learn about the vision, discipline and pleasures that come from exploring and expressing our inner selves.

Enjoy a full day of discussion and lunch.

In conversation with Tracy Lines. Jo Neville is a paper artist and the artist-in-residence at Q Station, the former quarantine station in Manly. Jo’s creative practice is inspired by the site’s history and abundance of native flora and fauna, a welcome contrast to her years based in Darlinghurst where she ran her bespoke stationery wonderland and studio. Her work ranges from large-scale installations to small bouquets of paper flowers and involves all forms of paper, from newspaper to old books, sheet music and wallpaper. Jo has created paper installation for clients such as Tiffany and Co, Domayne and Vogue and custom art works for private clients.

As director of her own creative agency TLC, Tracy Lines is in demand for her visual storytelling and brand development. She has been art director on some of the most beautiful magazines in the world, including Vogue, InsideOut, Frankie and Smith Journal, and worked as a creative director, designer and publisher on books with authors including Victoria Alexandra, Karen McCartney and Amanda Talbot. Tracy met Jo Neville through work and also calls her a friend. 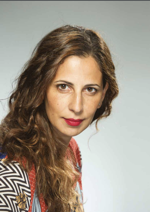 In conversation with Alexandra Gordon. As the founder of boutique design studio House of Heras, Silvana Azzi Heras has channelled more than 20-years experience in theatre and film designs into a range of lush, opulent home textiles, including rugs in collaboration with Designer Rugs, cushions and napery. Before launching the business last year, Silvana had spent 17 years as head designer for Baz Luhrmann and Catherine Martin’s design and production company Bazmark Inq, working on their films, theatre and commercial projects, as well as on Martin’s homewares collaborations with companies such as Mokum Textiles, Anthropologie and Tiffany and Co. Photo credit: @douglaskirklandstudio.

Alexandra Gordon cut her teeth as stylist, editor and writer at Vogue Living magazine in roles as varied as Style Director and Editor-at-Large in her 17-year career with the magazine. She has now returned to her first love, architecture, with leading Sydney firm Smart Design Studio, where she works as the marketing and communications manager. Alexandra has styled events for leading brands such as Swarovski, Rosemount and others.

In conversation with Di Jenkins. Driven by a need to change the world of fashion from within, Kim Pearce and Kath Davis founded The Possibility Project, a social enterprise that involves championing slow clothing, using new and recycled Indian fabrics to make clothes and lovely things, such as pouches made from military tent canvas and silk knotted beads, and working with communities to create meaningful projects and better outcomes for the people involved and the planet. Kim is a former teacher (economics) and Kath worked as a fashion stylist and milliner. They met on the school run and see possibility all around them. 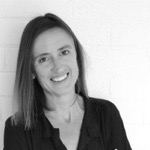 Diana Jenkins works at the Northern Beaches Women's Shelter, which provides support for women in crisis. The service provides women in need with more than a bed; offering access to occupational therapies and a range of services from finance to employment. As the business and communications manager, Diana’s role is to share the story of the Shelter and raise funds to keep the doors to this valuable service open. Diana comes from a journalistic background and has worked at Sydney Writers' Festival and the National Writers' House, Varuna.

As a burlesque artist and performer, hundreds and thousands of people have seen Imogen Kelly undress. She keeps a tally of audience numbers and plans to retire when she reaches one million views. In a remarkable career, Kelly has written, directed, produced, performed and toured her own one-woman shows Herstory and The Undressing Room (and others), performed with the cabaret/variety show La Clique and La Soiree, and been crowned World Queen of Burlesque at the Burlesque Hall of Fame, Las Vegas. Kelly holds a Bachelor of Fine Arts in Performance from COFA and diplomas in Circus Arts, film making and directing. ​ 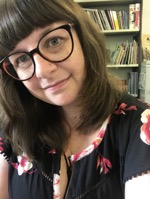 Cassie Tongue is a new breed of theatre critic, interested in challenging the historical edict of what’s considered culturally significant. She uses social media to direct the conversation and showcase her work and files for print and online publications such as The Guardian, Time Out, ABC, Overland, Witness and Audrey Journal. She has been deputy editor for the interactive theatre and arts website AussieTheatre.com, speaks at arts events about criticism, arts, and live performance and votes in the Sydney Theatre and Helpmann Awards.

In conversation with Anna Bateman. Sculptor Harrie Fasher works out of a large farm shed in the NSW country town of Oberon. Or, depending on the work, the foundry in Australian National University, Canberra. Her works of bronze and steel are large and forceful and in the past few years have garnered both praise and awards. Sydney art critic John McDonald cites her 2017 Sculpture by The Sea entry, The Last Charge, a group of eight horses in full battle charge and one dead horse made to commemorate the last charge of the Light Horse at the Battle of Beersheba on October 31, 1917, as Fasher’s ‘I have arrived’ moment. “With one extraordinary work, Fasher staked a claim to be seen as a major Australian sculptor,” he wrote. 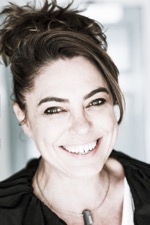 Anna Bateman began her career in broadcast media three days after she left school in 1984, when she got a job interning for Channel 9's 60 minutes. She has since created hundreds of hours of factual, documentary and comedy-based content across multiple platforms and broadcasters both here and in the UK. Anna's most recent production include; ABC's Judith Lucy is All Woman, Luke McGregor's Luke Warm Sex, and SBS's Go Back To Where You Came From LIVE. She has a thing for comedy and takes it very seriously. 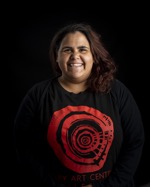 Sally Scales in conversation with Shannon O’Meara. Sally Scales is from Pipalyatjara in the far west of the Anangu Pitjantjatjara Yankunytjatjara (APY) Lands in remote South Australia. She has worked with the Tjanpi Desert Weavers, a social enterprise that provides employment through the creation of fibre art and the APY Art Centre Collective. Sally is a director of the APY Council and undertakes consultancy work for the Art Gallery of South Australia and the South Australian Government and is a member of the Uluru Statement education committee.

Skye has held roles at the Aboriginal and Torres Strait Islander Arts Board of Australia Council and for 9 years was the Manager at Tjala Arts in Amata Community. Fervently committed to best practice Industry ethics, Skye supported the Tjala Arts Board in the development of a series of innovative strategies such to protect APY Art Centres from the impact of unscrupulous private dealers based in Alice Springs. One of the most demanding projects undertaken was the publication of the Tjala Arts Book (Nganampa Kampatjangka Unngu: Beneath the Canvas) – the vision of APY elder and ‘boss’, Hector Burton. As the General Manager of the APY Art Centre Collective, Skye has coordinated and delivered an expansive range of prestigious regional outcomes.

In 2008, Shannon O’Meara lived and worked in Amata Community on Anangu Pitjantjatjara Yankunytjatjara (APY) Lands in South Australia . There she worked on Tjala Arts’ book Behind the Canvas: the Lives and Stories of the Tjala Artists and met Sally Scales. Currently, Shannon works as head of digital content at Medium Rare content agency and previously has worked in media, contributing to leading print and online platforms in London, New York and Sydney. She also co-created the podcast Bodyshock, which aired on Kinderling Kids Radio.

As a seasoned presenter, writer and speaker, Renee Brack knows how to wow a gathering. She works regularly as a master of ceremonies and is renowned for bringing grace, empathy, humour, and a touch of glamour, to the stage. Renee also works in film, as a script writer and director, does voice over work, has interviewed more than 500 people in her career and performs as judge and juror for stage and screen festivals. She rides an electric scooter and has a soft spot for just-baked fruit muffins.