To celebrate International Women’s Day, we have curated a day of talks with an eclectic collection of creative women who share their stories with equally talented interviewers. Our artists and guest speakers are multi-talented and cover many art forms - writing, song, performance, painting, ceramics, sculpture, cultural collaboration, podcasts, radio and blogging.

Our guest speakers & interviewers include:

Together we’ll unpack what it means to be creative. We’ll learn about the vision, discipline, challenges and pleasures that come from exploring and expressing our inner selves.

A delicious lunch and refreshments are included. A wonderful day of conversation and inspiration!

“My vision in curating this signature event for North Sydney Community Centre is to gather a range of artists in an informal and relaxed environment for a full day of inspiration, laughter, and conversation. It’s an opportunity to meet established artists, to break down walls and to empower women to seek their own creative path.”- Joanna Goodwin, Director.

This event is supported by the creative women of Currong Comestibles, Serendipity Icecream and Olive & Moss.

The Constant Reader Bookshop will be onsite featuring books from our speakers.

Cynthia Sciberras is a Sydney-based creative, passionate storyteller, photographer, as well as the founding editor-in-chief of YOKE® magazine, a refreshingly independent print magazine, exploring creativity and consciousness with the aim to ignite social change.

Since the 1990s, Jade Oakley’s gallery practice has evolved, translating the delicate, kinetic and whimsical character of her work into robust, enduring public artworks. Jade’s public artworks encompass large suspended kinetic mobiles, façade designs and interactive placemaking sculptures. Jade is represented by Australian Galleries and her work is held in private collections internationally and across Australia. The high profile work Scribbly Gum is a reference to the local landscape and a site-specific response to the curvaceous suspended wall of the Lyons Architects designed law courts building in Canberra. The suspended kinetic installation, Kingdom of Butterflies, references Taiwan’s Catopsilia Pomona butterfly and is an outstanding example of Jade’s practice and a benchmark acquisition for The National Taiwan University Hospital (Taipei). 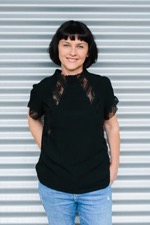 Rebecca Townsend has more than two decades of creative industry experience, delivering public art strategies and artworks for diverse clients, including the National Capital Authority, Brisbane City Council, Westfield, Australian National University, Melbourne Airport Corporation and Sydney's iconic Sculpture by the Sea exhibition, where she oversaw the substantial growth of public artworks in Australia. Rebecca is a highly experienced curator and project manager, managing bespoke and large contractors to deliver memorable artworks. Rebecca is passionate about the value of art in public spaces and engaging artists in meaningful ways. She fosters positive relationships with emerging and world-renowned artists alike, collaborating with them to realise their artistic vision from concept development through to installation. 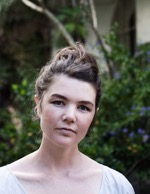 Pia Jane Bijkerk is an internationally acclaimed stylist, photographer, author and blogger specializing in still life, nature, and interiors. After living and working in Paris and a houseboat in Amsterdam for five years with her French partner Romain, together they moved to Sydney, Australia where she currently works from her studio & artist’s retreat by the waterside in Balmain. As a stylist Pia has worked around the world for the likes of Home Beautiful, Vogue Entertaining + Travel, Gourmet Traveller, Real Simple, Saatchi and Saatchi, Qantas, Tommy Hilfiger and Philips, and as a writer she has written articles for numerous international publications including a monthly column for Country Style Magazine in 2013-2014, and currently creates photographic feature stories for Happinez magazine. She is the author and photographer of Paris: Made by Hand (2009), Amsterdam: Made by Hand (2010), My Heart Wanders (2011), Little Treasures: Made by Hand (2013) and Festive Season: Reimagined (2018). In 2012 she became a mother to her beautiful daughter, Laly.

Shona Smith began her career as a youth worker and then moved into teaching and lecturing in higher education. Shona’s work in radio began after she completed training at the Australian Film Television Radio School (AFTRS). Shona worked as assistant and producer on 2GB’s Ben Fordham Sydney Live weekday drive show, and as a presenter on Outdoor Broadcasts, working with live audiences of up to 1000 people. In 2018 Shona began the podcast It’s All Up From Here with Pia Jane Bijkerk, about family, parenting and relationships. Shona continues to work at 2GB, and co-hosts at 2RRR 88.5FM Big Breakfast on Tuesdays 6-9am, where a willingness to be “maybe a little too open” about her life keeps listeners hugely entertained. 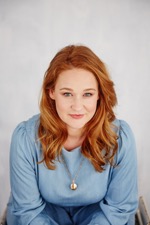 Jessica Dettmann is a Sydney-based writer and performer. Her blog, Life With Gusto, turns a sharp but affectionate eye on modern parenthood. She has performed her work several times at Giant Dwarf's Story Club, and has appeared on their podcast. After a decade working as an editor for Random House Australia and HarperCollins publishers, she made the transition to writing after two small children rendered her housebound. She once appeared as the City of Sydney Christmas Angel and sat on top of the Town Hall in a frock that reached the street.

Sacha Horler is one of Australia’s most loved and respected actors working in Film, TV and Theatre. Recently she has appeared in the second season of Foxtel’s political thriller Secret City and in 2019 she reprised her role in season two of The Letdown, on ABC and Netflix. Sacha played the title role in ABC comedy series Sando, appeared on the big screen in Sony feature Peter Rabbit, and on stage at Belvoir in The Sugar House. She appeared in two award winning Foxtel series’, The Kettering Incident and the first season of Secret City, and opposite Kate Winslet in Jocelyn Morehouse’s hit film The Dressmaker. She had the unprecedented joy of winning two AFI awards on one night for the lead role in Praise and supporting role in Soft Fruit, she won her third AFI award for best supporting actress in Travelling Light.

Sasha Titchkosky founded Koskela in 2000 with her partner Russel Koskela. Koskela is a company with a courageous mindset, strong social conscience and a creative and modern approach to furniture and design. Koskela is committed to exceptional design, manufacturing in Australia, protecting our environment, and championing social enterprise. Sasha’s proudest achievement has been her passion project Yuta Badayala. Highly respected in the design and business communities, Sasha has spoken at Soul Safari at VIVID Ideas, has won the InStyle Women of Style Award and has been on panels for B Corp Australia. Sasha was recently selected as one of Australian’s 100 most influential women leaders by the Australian Financial Review, in recognition of her work driving Koskela’s Impact projects.

Karen Black’s painting practice explores time and space within global social, economic and political situations. With an interest in architecture, culture and history, Karen’s work tells the human stories within these environments, blending the historical with the mythical and traversing the complex interchange between the personal and the political. Karen is the recipient of the 2019 Glasshouse Stonehouse residency in France and the 2019 Artbank/QPAC Commission. Karen’s work is included in Craftivism: Dissident Objects and Subversive Forms at Shepparton Art Museum, Victoria and touring nationally 2019-2020. Karen’s work has been exhibited at Art Basel HK, Art Stage Singapore, Art Taipei, and Tokyo Art Fair and her works are held in prestigious public collections including the National Gallery of Victoria, Australian War Memorial, and the Salsali Private Museum in Dubai, and private collections both in Australia and overseas.

Hannah James is a journalist, writer and editor, and the features director at ELLE Australia. Over her nearly 20 years in journalism in both the UK and Australia, she has interviewed everyone from Gloria Steinem and Ewan McGregor to Bjork, hiked into the outback with Indigenous rangers looking for art sites, explored ancient volcanoes and dived off boats into the Aegean Sea, all in search of a great story. Her work for ELLE Australia involves examining social trends, interviewing authors, actors and everyday people, and celebrating women from all walks of life. As a freelance writer, she is a regular contributor to Australian Geographic, for whom she explores the outback and goes on multi-day hikes. And just for fun, she writes a weekly newsletter reviewing nature books. 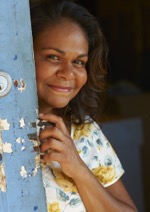 Ursula Yovich is an actor, singer, songwriter, professional voice artist and storyteller. Ursula is the writer/performer of The Man With the Iron Neck and was the recipient of the 2015 Sidney Myer Performing Arts Award and a Best Actress Helpmann Award for writing and performing the cabaret, Magpie Blues. In 2019, she co-wrote and starred in Barbara and the Camp Dogs, which premiered at Belvoir and won Helpmann Awards for Best Musical, Best Original Score and Best Actress in a Musical. Ursula was the recipient of the Balnaves Foundation Indigenous Playwright’s Award and directed a development of The Fever and the Fret for the Ensemble Theatre. Ursula has worked for all the major main stage theatre companies, and for nearly a decade between 2008 and 2017 and has now stepped away from the stage as “part of growing up.” 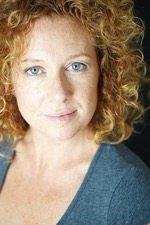 Powerful storytelling is the framework Kate Smith uses to explore, transform and cultivate cultural well-being from the inside out for individuals and organisations. Her distinctiveness as an artist/teacher is her ability to create chemistry with an audience using humour with a profound impact. The 2019 recipient of Create NSW’s Creative Development Fellowship, Kate also holds a PhD in performance studies. The fellowship extends her practice, which over twenty years has evolved from stand-up to playwriting, academia, mentoring and profile raising for regional arts. As part of the fellowship Kate is developing a storytelling project using live performance and podcasting to connect women regionally and globally. Kate teaches performance and communication at Charles Sturt University and is a Senior Yoga teacher.