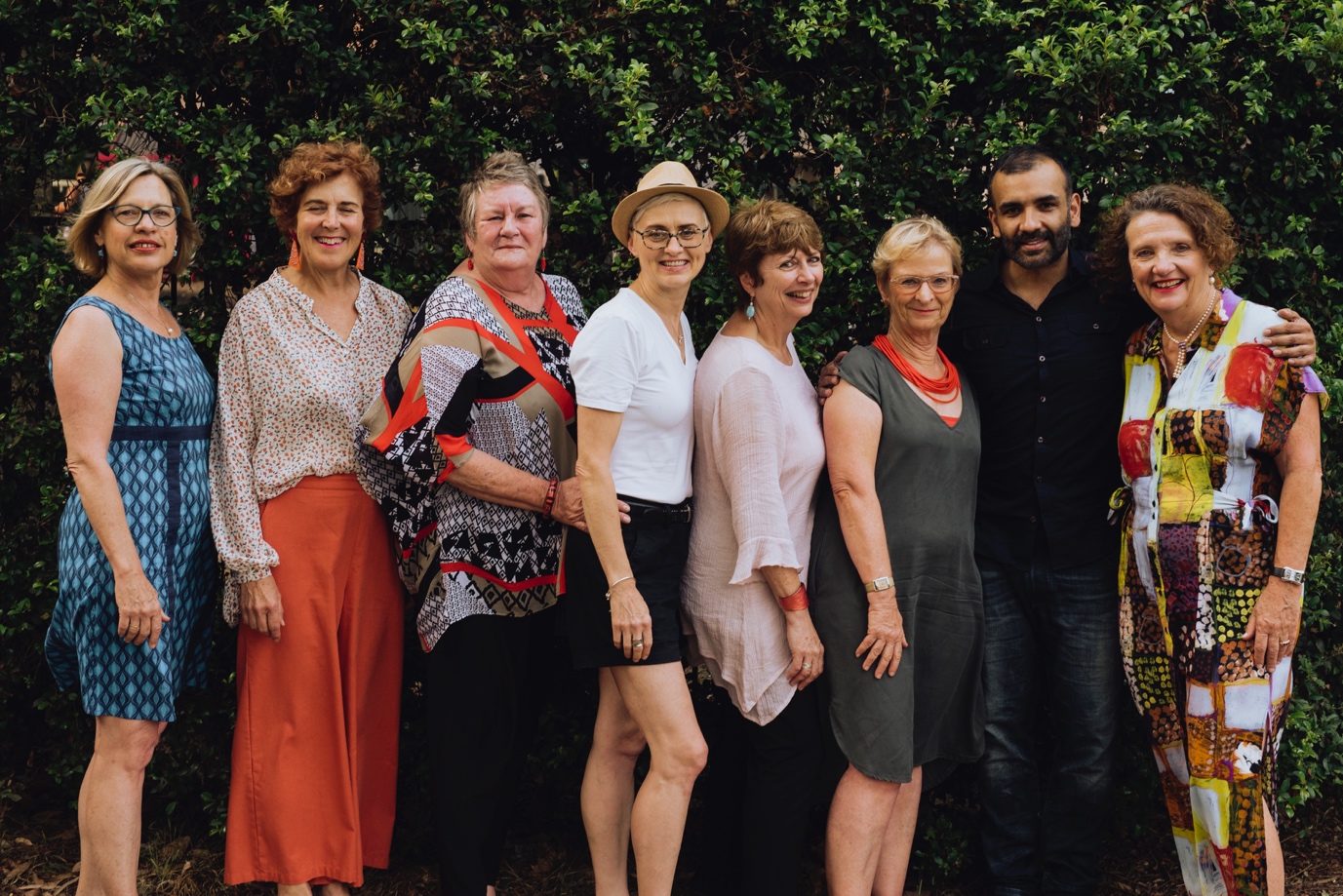 The Centre is driven by a voluntary Committee of local residents from all walks of life: teachers, solicitors, journalists, public servants and business types who all pool their energies and skills to ensure the Centre answers to the needs of a changing community.

Genia joined the Committee in 2017. She has lived in North Sydney since the 1970s and says the Centre has been part of her life since then. She’s done yoga and meditation here, her two kids went to Playgroup andto After School Care. She loves the Centre’s markets, events and courses. She brings experience in local government, community development and her tenure as the mayor of North Sydney for 17 years. She’s thrilled to be part of ’such a vibrant, compassionate Centre in our community’.

Lynn joined the committee in 2005 and was elected Vice President in 2013. Lynn was a market stallholder for many years and regularly volunteers at the NSCC Info Stall at the markets. Lynn spent two years volunteering in Tanzania at the School of St Jude where she enjoyed exploring her passion for all things African, including her love of animals. Lynn is a great supporter of Centre events and fundraisers.

Trish joined the committee during 2018. She has lived in the area since migrating from South Africa in 2000. She currently runs her own small business, providing bookkeeping, BAS Agent and software consulting services. She has a B Comm from South Africa and is a member of the Institute of Public Accountants (IPA). She has always loved the Saturday markets and enthusiastically attends various adult classes

Beate joined the committee in 2009 and brings skills from her professional background in administration, HR and accounting. In addition to being Centre Secretary and on the Finance Sub-Committee, Beate is a frequent student at the Centre, participating in latino dance, Zumba and drawing classes. Beate supports the Centre by volunteering at the Info Stall at the markets as well as at numerous events throughout the year where her warmth and energy are appreciated.

Barbara rejoined the committee in 2015. Her involvement with the Centre began when her sons attended After School Care from the mid 1990’s through the mid 2000’s. They loved their time at ‘Leisure’. Barbara has over 30 years of marketing experience and is passionate about online marketing. She was raised in Albany, New York but considers herself a happy transplant. Barbara loves the sense of community the Centre offers and is a regular volunteer at the produce market.

Corinne joined the committee in 2017. Corinne, originally from France, coordinated Playgroup for 10 years and got to know the dedicated people working at the Centre and loved being creative and providing a warm, fun and safe environment for Playgroup. After retiring from Playgroup, Corinne has pursued her lifelong passion to teach French as a second language and maintains her special bond with Centre by belonging to the committee and contributing to the various events held by the Centre.

Jane joined the committee in 2017. She brings with her a strong background in finance gained over 10 years in the commercial and professional services sectors in addition to her qualification as a Chartered Accountant. Jane was excited and enthusiastic to join the committee being a local north shore resident and markets attendee and assists the Centre through volunteering at events and applying her professional qualifications.

Vivek joined the committee in 2019. He brings a background in Strategy and Finance with over 15 years’ experience in the commercial sector in addition to his qualification as a Chartered Accountant. He is involved in initiatives to optimise Centre performance and looks to provide a long-term lens on Centre sustainability. Vivek enjoys giving back to community and was drawn to join the committee for this particular reason. He is interested in issues around economic wellbeing, social welfare, fine arts and enjoys collaborating with people.

John re-joined the Committee in December 2020. His original involvement with the Centre was when his youngest son attended After School Care in the mid 1990’s. John quickly formed the view that the Centre was unique in terms of its diversity and visions for the future but most of all, the staff were very special people. He joined the Committee at that time to part of a Community based organisation that North Sydney was rightly proud of then and now. John re-joins after a 25 year break so he is “well rested” and ready for 2021. John has a long career in Industrial Relations and we value his assistance on the Committee.